This version is a testproduction of acts 0 and 1. (out of 10)
We produced and release it, to learn filmmaking and to get feedback from you in this early state of production.
It´s a personal project and we want you to enjoy it !
So enjoy – maybe leave a comment

Welcome !
We are two artists living in Munich.

We are two creative people, and because of this we want to focus our creativity on something thats bigger than we can imagine

While we want to try create something professional, surly the power of us two is limited, and the story is something big.
So we give us hard deadlines for every step of the project.
If something seems to take to long – we cut it in some way. On the other hand we focus on details that take not to much time.
The Movie will be around 20 to 30 minutes long, so we have to be very smart and carefull with the time we spend.

It will be release under a CreativeCommons Licence.
This licence allows us to publish it over the internet, give users the right to view, download and share FOR FREE
while a commercial use is forbidden (without permission from us)
We hope you have fun with the film and – if you an artist – with this blog.
If you have any suggestions or questions – feel free to contact me or leave a comment.
Greetings, Tobi & Wiki

1.) founding the story and create an animated storyboard

Yesterday evening Wiki got this amazing idea and write the story straight down.

We discussed every part of the story and pulled it together.

As a next step we write detailed information about every main shot on single cards to work closer on storytelling and relations.
Therefore we put the cards down to the floor and get it in order. In this step we also defined the acts of the film.
Once done, in the next step Wiki sketched the 90 main scenes on paper to get a first view.
I scanned and then colored them in Gimp to get more feelin out of it.

Here some of the pics.

Out of the sketches (and the cards) we build an animated storyboard with blender´s sequence-editor.

A couple of times we added new shots and change things until we are happy with the result.

Here the final SequenceEditor with over 100 takes inside (ughh!)

All this was done in one long hyperactive night

After the animated storyboard was finished we got an detailed vision of our film and an overview of the timing.

This was a very importent step for us to be able to go on.
So we write the story down to the final script.

Sure its important to spend time off the project, in order to stay away from overthinking things.
So we went out and get some fresh ideas out of conversation with a friend and bring them in.

The script so far contents the 10 acts and the short written main actions.

First, i have decided to keep technical aspects simple as possible to minimize the risk of demotivation during the production.

Libary-Linking-System
We use Blenders LIBARY-LINKING System, to maintain models in only one filelocation.
This means i link a blend-file witch only contains e.g. the character to several scenefiles.
If i make an update to the character, its automaticly updated in all scenes.

Organizing Files
For this reason i decided to build an directory-Structure that is clearly organized and representing the films scenes and things.

Scenes where not defined yet – as you may have noticed we only got acts and the mainscenes of the story.

So thats the next step. We´ve taken the animated Storyboard, the Detail-Cards and lot of thoughts and define every scene and name it properly.( i insert the scenenames in the written storyboard)

So what´s next ? Ahh yes right, the subdir´s for //SOURCES/… where every landscape, tool, character, builing (and so on) is in an subdirectory.

So i go through the storyboard and write down a list of needed things.

NOW we “only” have to fill all the directorys with wonderfull stuff thats hopefully fits together in the end.

For this more artistical problem – i´m more than happy to have Wiki for maintaining the style and design. She sketched everything nicely styled and learn modeling in Blender to help with that too.

last 2 week myself and Wiki modeled almost everything needed.
It was a hard time, but a good one, i focused more on big things, Wiki modeled some details.

Here some pics for you

because i never made such huge project with all the complexity that comes with that, i decided to produce Act 0 + 1 for testing purposes.

Everything went really nice, no bigger problems, except renderresolution was changed from Full-HD to Half-HD, because my machines have not enought RAM to put the MULTILAYER-EXR together on Full-HD. But 1280×720 pix is enougth and faster

Also we are now able to work on the storytelling, and we come up with Wiki as speaker !

We produced and release it, to get feedback from you in this early state of production.
It´s a personal project and we want you to enjoy it ! 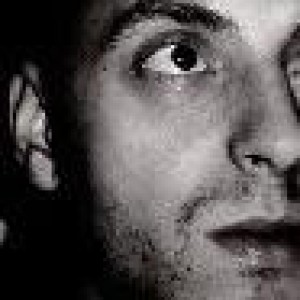